Avoid This Tea Ingredient That Slows Metabolism Way Down 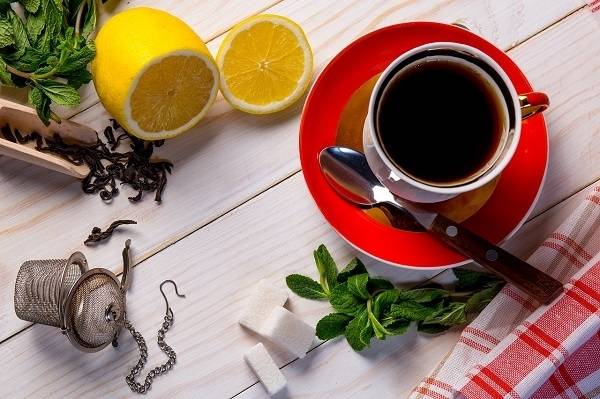 Did you know that there is a tea ingredient that slows metabolism in your body instead of speeding it up? We all think of this hot drink as a very healthy one. It can help combat inflammation, promote weight loss, better brain function and even ease headaches.  That said, it’s also known for speeding up the metabolic rate…unless you add the wrong things to your cup.

What Tea Ingredient Slows Metabolism Instead of Boosting it?

Unfortunately, the tea ingredient that slows metabolism, eliminating that benefit of the beverage, is also the one most commonly added to a teacup. How do you take yours?  Whether you drink it as a great way to start your day, or it’s a lovely addition to your afternoons, what is it that you are most likely to add to this drink if you don’t take it black?

If you’re among those who add this most common tea ingredient that slows metabolism, then you’re adding sugar. Yes, this adds a sweetness that many people find absolutely delicious in the mornings.  At the same time, you’re also cutting out some of the leading benefits of enjoying that beverage in the first place.

How Much Makes a Difference?

A small amount of sugar isn’t bad for you.  If the teaspoon you added to your tea was all you had in a day, that likely wouldn’t be enough for this tea ingredient to slow your metabolism down. The problem is that added sugar is a regular part of our lifestyles. Very few of us can say that we keep our total under the recommended maximum of 24 grams per day (about 6 teaspoons) of added sugar.  It’s in everything! Particularly ultra processed foods.

When you’re looking directly at your cup of tea, the sugar is enough to negate some of the benefits you’d otherwise be drinking.  The teaspoon you add wouldn’t be enough to be unhealthy for you on its own (assuming it isn’t joining many more throughout the day), but it is enough to offset any metabolic benefits you’d gain through the drink itself.

Sugar as a tea ingredient slows metabolism enough to counteract the boosting effect the drink would otherwise have.  When you consider that you’ll also be having sugar in other foods and drinks throughout the day, this effect can build to the pint that you’re holding back what would otherwise be much better weight control progress.

What to Do About the Tea Ingredient that Slows Metabolism Down?

For most people, simply cutting out sugar isn’t an option.  That’s one of the reasons that there is such a challenge presented by this tea ingredient that slows metabolism down. Moreover, don’t think that simply switching to another “healthier” sweetener like honey will do the trick. Honey may have healthy properties, but it still contains sugar, and this has the same effect no matter its form or other added benefits.

Instead, work on slowly reducing the amount you add to your tea.  Even if you can’t cut it out completely, even cutting it in half is a helpful goal to begin.  From now on, always measure your sugar carefully, instead of adding an approximate amount.  Use an actual teaspoon and measure.  That way, over time, you can start shaving off just a little bit from your teaspoon.  Doing this gradually will let your taste buds become accustomed to it.  After a while – several weeks, perhaps – you may find that you’re measuring it with a half teaspoon instead!

To help your metabolic rate along the way, you always have metabolism support pills on your side.  They’ll help you to keep your system humming throughout the process of cutting back on that naughty tea ingredient that slows your metabolism down.