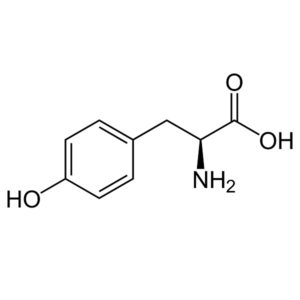 L-Tyrosine is an amino acid that is sometimes found in carefully formulated and popular diet pills like APEX-TX5.

L-Tyrosine is also known by many other names.  Though in diet pills, it’s most commonly identified by its common name, you may also see it under names such as, among others:

As an amino acid, this means that it is among the building blocks of protein.  The body actually makes its own tyrosine using another form of amino acid which is called phenylalanine.  That said, it can also obtain this substance through foods and supplementation.  Foods that contain this amino acid include:

How is L-Tyrosine Used?

As a supplement L-tyrosine is used for more than just supporting weight loss strategies through some of the best diet pill benefits.  For instance, it is often added to protein supplements used for people who have phenylketonuria (PKU) which is a type of inherited disorder.  Some people also use it to support their efforts in overcoming alcoholism or cocaine dependence.  Others feel it improves their thinking skills and memory in general.  As of yet, the research is only in preliminary stages for all of those uses.

In diet pills, L-tyrosine helps to provide focus enhancing and alertness, which can provide key support in overcoming many of the most common challenges in weight loss. Those can include support in making smart food choices that align with an eating plan, or even staying focused on reaching a fitness goal during a workout.

How Does L-Tyrosine Work?

The body uses this substance to produce chemical messengers.  These are used for a spectrum of different brain functions, including achieving mental alertness.

Some evidence suggests that it is beneficial for improving mental performance, particularly under stressful conditions. It can also potentially help with memory, even during stressful conditions to the body.  Early research also indicates that it may help to support alertness and function among people who haven’t had an adequate amount of sleep and could support memory and reasoning among sleep-deprived people.

This substance should not be taken as a supplement by people who are taking thyroid hormones.