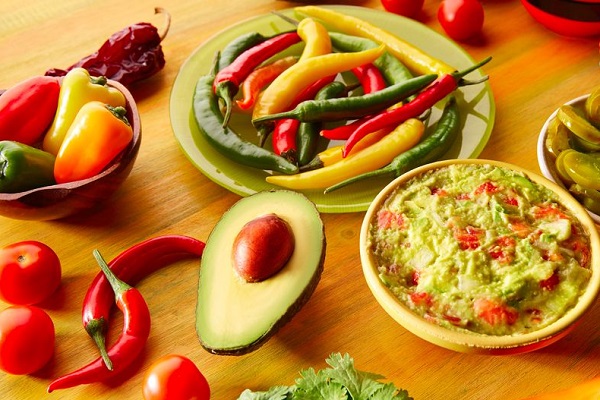 When it comes to foods that boost metabolism, few have earned a better reputation than those spicy tongue-tinglers. We may have been adding them to our meals to add some extra zing, but as it turns out, they’ve been working for us the entire time.

Are All Foods that Boost Metabolism Spicy?

Not at all! There are lots of foods that boost metabolism and that don’t have the slightest bit of heat. In fact, plain old water is a great option for getting your metabolic rate charged up. Making sure you’re hydrated is one of the best ways to support a healthy metabolic rate on an ongoing basis.

Moreover, there are lots of foods, including everything from eggs and certain nuts to dark leafy greens, that will also help to get your metabolism where you want it to be (or closer to it, at the very least).

Why Focus on Spicy Foods that Boost Metabolism?

There are lots of reasons that many people tend to focus on spicy foods that boost metabolism, specifically.  The first is that there is some research to support the use of these ingredients for keeping that metabolic rate humming. The next is that the spicy ingredients themselves rarely come with much of a calorie hit.

Therefore, while you couldn’t add eggs or nuts to every single meal and snack you eat without risking overeating on the calorie scale, you can make your meals as spicy or mild as you want without affecting your calorie total much one way or the other.

The following are some great examples of spicy foods that boost metabolism. Keep in mind that while these ingredients are extremely low in calories, if you want to have any impact on your efforts to burn body fat, you’ll need to pay attention to the meal or snack you’re adding them to. If you’re simply sprinkling spicy ingredients all over a food that contains twice your daily calorie limit, you’re still going to risk gaining, not losing, regardless of what your metabolic rate is doing.

Chili peppers are the gold standard of spicy foods that boost metabolism.  This is because research shows that the capsaicin – the substance that makes the pepper spicy in the first place can increase your metabolic rate and may even raise your feeling of fullness from a meal. This appears to work regardless of whether the chili peppers are fresh or dried.

Not a fan of chili peppers or are looking for a different option of spicy foods that boost metabolism? How about some ginger? Adding this zingy root to your meals can also promote thermogenesis and increase your metabolic rate. Early studies suggest it may also help with appetite control. As an added bonus, while some chili peppers can cause digestive discomforts, ginger is known for having a calming effect in that area. This explains why it is often used to reduce nausea.